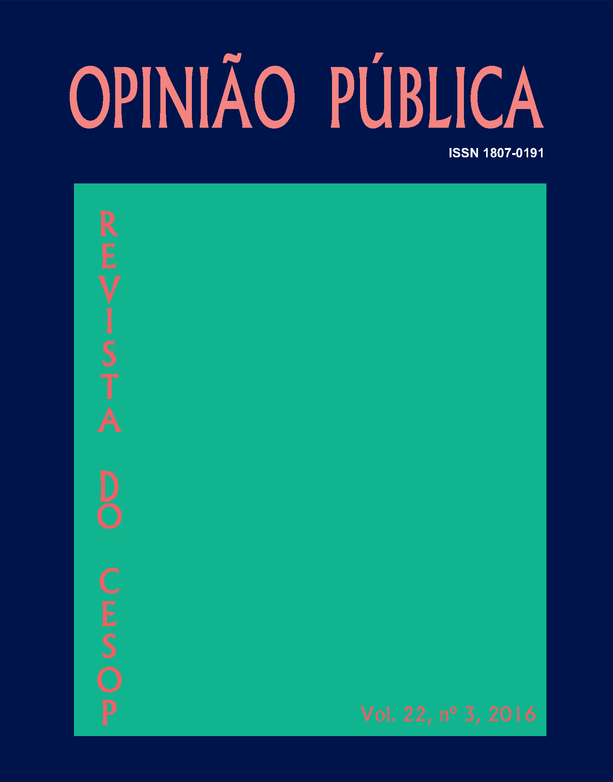 This work seeks to evaluate the presence of an inertial democracy in Brazil, where asymmetries between economics and politics create a passive and anomic political culture. Such a situation allows for social and economic policies to follow a pattern that faces limited change. If, in a context of changes, things need to change in order to remain the same, then in a scenario of inertial (re-) democratization, institutions can be expected to change without, however, altering, in a positive direction, the population’s norms, values, and normative beliefs about democracy. In order to assess this proposition, demographic and socio-economic data will be analyzed along with the evolution of trust in institutions, politicians, and democracy for the period of 2002–2014 using data from the Brazilian Electoral Survey (Eseb). The conclusion is that the period of favorable economic performance did not allow for the consolidation of a democratic political culture, with a rapid deterioration of support for institutions and leaders following the economic crisis.

PDF
Winners and losers in the presidential elections of 2014: the impact of defeat at the ballot box on satisfaction with and support for democracy in Brazil

In the last two decades of the 20th century, democracy has established itself as a hegemonic regime in many parts of the world. Theoretically, these democracies function according to constitutional precepts originating in normative consensus resulting from negotiations between political forces that legitimate the choice of representatives. In other words, a minimal consensus on the rules of the game must exist and, subsequently, adherence to the outcomes by all the players involved. Consequently, one of the signals of how legitimate a democracy is lies in the behavior of its losers. Given this democratic principle, this article seeks to answer two questions, with Brazilian democracy as a case study. The first asks if the defeat at the ballot box in 2014 affected the degree of satisfaction with and support for democracy among the losers in Brazilian democracy. In other words, did losing the election induce the losers to go beyond criticisms of the elected government to attack the democratic regime itself and, therefore, the “rules of the game”? The second question, which is more explanatory, seeks to identify the conditions under which the gap between winners and losers, in terms of support for the democratic regime, widens or narrows. The main conclusion is that the losers in elections are more unsatisfied with the functioning of democracy than the winners, although there are no differences with regard to commitment to democracy. This result occurs even when controlling for different demographic, social, and individual characteristics, including the evaluation of Dilma Rousseff’s government and the rejection of the Workers’ Party (PT).

In this article, we analyze the impact of party identification on voting behavior in Brazil. We use data from the ESEB conducted in 2014, with a nationally representative sample of voters. In relation to other works on the impact of identification on the vote, we innovate in two areas. First, we do not limit our analysis to the vote for president; rather, we analyze vote for all offices in dispute in 2014. Second, we show that party identification does not work in the same way for all voters who identify with the same party. We have shown that supporters of the PT with higher levels of education are more coherent in their vote for President, while supporters of the PSDB with lower levels of education show more partisan loyalty in their vote. In the same way, while petistas are loyal to their party when it comes to voting for the President, pessedebistas vote with their party when it comes to choosing Governors and Senators. Finally, our analysis has identified a complex pattern of relationships between education—used here as a proxy for voters’ cognitive resources—party identification, and vote choice. This last contribution promotes a discussion about the meaning of party identification in Brazil, one that goes well beyond the usual issues of its presence or absence among the electorate and its relevance to our understanding of vote choice, which have dominated the literature dealing with this topic in Brazil.

Using data from the Brazilian Electoral Survey (Eseb), this article investigates the feelings toward parties of Brazilian voters in 2014 and their relations to attitudinal and behavioral variables. Special emphasis is placed on antipetismo, i.e. the negative feeling toward the Workers’ Party (PT) that is present among a growing segment of Brazilian voters. In addition to analyzing the evolution of these feelings between 2002 and 2014, the present work seeks to identify the sociodemographic profile of antipetista voters and the impact of such negative feelings on attitudinal variables (statism, equality, and democracy) and on vote choice. The results of this study demonstrate that positive party feelings are decreasing, especially toward the PT. They also point to the limited effects of antipetismo on political attitudes, while evidencing its great influence on electoral behavior.

There are a great number of studies on the Workers' Party (PT), addressing everything from its origin, organization, and internal dynamics to its relationship with the electorate. Over the years, the PT has enjoyed the largest party preference indices vis-à-vis other Brazilian political parties, a phenomenon known as petismo. This article proposes examining the other side of this situation: antipetismo or the rejection that a segment of the electorate has toward the PT. We want to know who the antipetista voter is, based on survey data from the 2014 Brazilian Electoral Study (ESEB). Our main goal is to identify and characterize the profile of the antipetista voter using descriptive statistics and establishing a comparison with the antiparty voter. We then use an adjusted logistic regression model to detect the impact of a set of variables on the probability that a respondent identifies as antipetista. The results show that the negative evaluation of President Dilma Rousseff's government performance and the vote for PSDB candidates in the presidential elections are decisive variables in determining a voter to be antipetista.

PDF
How do Brazilians choose their governors? An attempt at understanding the electoral behavior in the gubernatorial elections in Brazil in 2014

Despite the importance of elections for governor in Brazilian politics, we know very little about how voters behave in gubernatorial elections. Are common features capable of explaining electoral behaviour in gubernatorial races throughout the country? How do evaluations of the national government and of the economy impact these disputes? Do incumbents receive more support from those who have a positive perception of the national government? Does party identification matter? These are the questions addressed in the present work. In doing so, we have developed multivariate analyses using data from the Brazilian Electoral Study conducted in 2014. The results suggest that party identification matters and that the dispute between the PT and the PSDB at the national level also influences gubernatorial races.

PDF
Symbolic fights in the media arena: the power of agency of Brazilian public prosecution services and the controversies about PEC 37, the “Impunity Bill”

This article adopts a sociological perspective to analyze the symbolic fights in the media surrounding controversies related to the “PEC 37” constitutional amendment, which prohibits the Ministério Público (Public Prosecution Office) from directly conducting criminal investigations. The present work aims to understand how the different actors interested in the subject led the debate on the bill, bringing the matter to the demonstrations that emerged in Brazil in June 2013. The empirical data analyzed include 351 newspaper articles, questionnaires and interviews with members of the Public Prosecution Office at both the national and state levels, as well as with members of the Conselho Nacional do Ministério Público and its unions. The main conclusions indicate that the Public Prosecution’s framing of the so-called “Impunity Bill” prevailed in the press. Despite the counter-arguments of police chiefs and congressional representatives, both the press and public opinion adopted the Prosecution´s point of view, leading to the rejection of the bill in Congress, after protesters in June 2013 included it among their grievances.