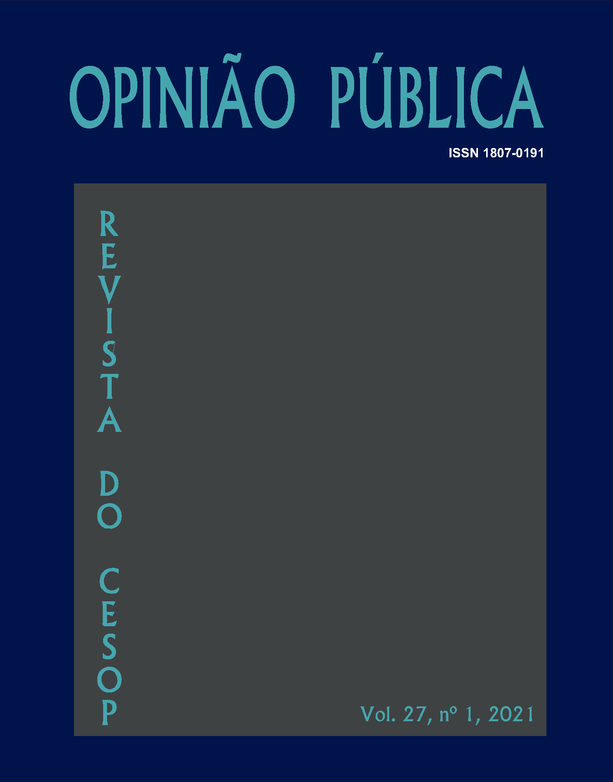 Latin American citizens are more concerned about the consequences of climate change than citizens of any other region in the world. However, this concern does not always lead to prioritizing the environment over economic growth. This paper argues that individuals’ economic constraints
moderate the relationship between their beliefs about the seriousness of climate change and their
preferences with respect to the dilemma between prioritizing the environment or economic growth.
The analyses of 2016 Americas Barometer (Lapop) surveys in 18 Latin American countries, with
hierarchical linear models and generalized structural equations, show that the level of concern about climate change has a significant positive effect on the prioritization of the environment among individuals with above-average wealth and a negative effect among individuals with below-average wealth. This work makes two contributions. First, the study analyzes the conditional effect of concern about climate change on environment prioritization depending on individual economic constraints; and secondly, it contributes to scholarship about environmental attitudes in Latin America.

The phenomenon of automated monitoring of private experiences, performed by intelligent algorithms, intended to induce certain behaviors, is conceptualized in the literature as surveillance capitalism. The article add some elements to these theories from the following arguments; the lack of transparency of algorithms makes it impossible to accurately infer their capacity for behavioral modulation; the preference formation is a complex and malleable process, that encompasses strategies of resistance and subversion; for domination to occur, there must be conformity of the dominated, which is not observed from currently normative frameworks; finally, the exercise of power is different from its ability to influence. The conclusion is that it is necessary to regulate the proper functioning of the algorithms as a complement to the protection of personal data.

PDF
Civic and political mobilization in the era of social networks: an analysis of the action of social movements on Facebook

In this article, we analyze the role of Facebook as a tool that articulates the daily practices of social movements, both in their internal organization and in communication and interaction with external elements. The methodological proposal involves the implementation of a mixed-methods approach, through content analysis of the Facebook pages of the eight movements studied and six face-to-face interviews with activists. The main results reveal that there is a strong anchoring of the movements to the broader political picture of the social and political crisis and intervention of the Troika, assuming their antagonism as their main objective. We also observed that, although they were successful in mobilizing a large part of the Portuguese population, the truth is that the mobilizing blaze was limited in time. The constructed model proved to be robust and flexible, which makes it possible to replicate it in future research in the field of political sociology.

PDF
How does the oversight institution use online communication? The idea of public transparency on the social networks of the Office of the Comptroller General

The article investigates whether and how the Office of the Comptroller General (CGU) addresses the idea of transparency in its social network profiles. Three questions guide our analysis: How is the idea of public transparency mobilized by the CGU on Facebook and Twitter? Since Facebook and Twitter have different structures and users, which communication strategies are privileged in each network? To what extent have CGU’s digital communication routines been transformed in the transition between the Rousseff and Temer governments? The Content Analysis of 4,212 publications on Facebook and Twitter in 2015 and 2016 revealed that the institution favors two issues: transparency and corruption. Furthermore, public authorities are rarely mentioned, moving away from a personalist perspective of instrumentalizing communication. We also found out that government transition influenced the CGU’s publishing routines.

The aim of this paper is to know whether, between 2013 and 2017, there were movements with antiestablishment political rhetoric who applied to become political parties in Brazil. Our evaluation will be empirical-descriptive, and will analyze the party programs used in registrations after the 2013 Protests in Brazil. To ground the concept of an anti-political establishment rhetoric, we will use the three criteria proposed by Abedi (2004). Based on the analysis of these data, and based on these criteria, we conclude that there were, in Brazil, parties trying to register that had an anti-establishment political rhetoric. Having this information is important to understand our political situation, especially in view of the relevance of the topic for contemporary democracies. As the article analyzes objects that do not usually receive much empirical attention, political parties in formation can contribute with reflections on the appropriate methodology for analyzing them, as well as for analyzing the antipolitical establishment rhetoric in politics.

This article aims to broaden the debate about the disputes between the PB, the parties and the local political actors, by presenting a systematic and diachronic analysis of the impacts of the balance of power of the governing and opposition parties, outlined within the scope of the electoral arena, on the adoption, interruption, interruption and the end of this democratic innovation, as well as on its different degrees of institutionalization. To this end, we analyzed three counterfactual pairs of municipalities with mostly similar characteristics, namely: São Carlos and Piracicaba; Rio Claro and Leme; Matão and Sertãozinho, which differ from each other by the party that led the PB initiative (PT and other parties). The results reveal a universe little explored and likely to be replicated in other contexts, contributing both to the expansion of the debate on the role of the legislative power in the degree of institutionalization of participatory institutions and to the improvement of this research agenda.

PDF
Local governism: Executive-Legislative relations in municipalities in the state of Minas Gerais

This article investigates the tendency of the local councilors to support the mayor and to pass the bills enacted by the municipal Executive without further considerations, usually called in Brazil as “governismo”. It also investigates the incentives for this behavior and the strategies mobilized by the mayors to build support in the local council. The analysis was based on an unprecedented set of data resulting from a survey conducted with a sample of local councilors in Minas Gerais. The evidence gathered shows that the “governismo” is far less widespread than one might suppose and that there is an expressive number of councilors willing to remain in opposition and to mobilize executive oversight mechanisms. The article contributes to shed light on an aspect still little explored in the literature and to challenge the idea of a widespread subordination of city councilors to the mayors.

What are the mechanisms that link conditional cash transfers and presidential elections? Current explanation focuses, in general, in the “direct effect”, meaning the impact of social policies only in its beneficiaries. Analyzing the case of Bolsa Família, I argue that the “indirect effect” in the electoral decision of the nobeneficiaries who know beneficiaries can be as or more important to general electoral results. I present plausible mechanisms and I propose an empirical model applied to 2006 e 2010 surveys. Against regular approaches regarding the regional impact of the social policy, the results show that the indirect effect is positive important especially in the PT’s vote in Southeast. Therefore, I emphasize the fact that social contacts are important mechanisms to shape the electoral impact of public policy.

PDF
What if the vote were optional? Expectation for voluntary electoral participation in Brazil and the role of socioeconomic status

The positive association between socioeconomic status (SES) and electoral participation is widely acknowledged. Yet, the mechanisms of such relation are poorly explored. Although compulsory voting is considered capable of mitigating the effects of SES on electoral participation and its abolition is often proposed, hypothetical voluntary turnout in Brazil is rarely discussed. Based on ESEB-2014, we analyze whether voluntary voting could deepen socioeconomic disparities between voters and absentees, besides exploring mechanisms by which SES relates to turnout. Logistic regressions and structural equations were conducted and their results suggest that socioeconomic factors are indirectly related to (hypothetical) electoral participation in Brazil. Moreover, this relation is largely mediated by individual psychological variables of political engagement – especially political interest.

Female integration into the police has been hampered by the way police officers represent policing and the role men and women should play in this activity. This article intends to contribute to the understanding of the nature of these representations and barriers. Does being a man or a woman condition the perception that physical strength and courage are key attributes for policing? Does it influence the view that male police officers are better equipped for operational activities and female police officers for care and assistance activities? The article analyzes these questions through multivariate quantitative analysis of data from a survey conducted in 2012 at the Military Police of the State of Paraná (PMPR), Brazil. The data indicate that men and women agree with the view that policing is an activity that demands physical strength and courage, but maintain different views on who is more able to perform operational activities. These results suggest considerable difficulties in integrating women into police operational activities.