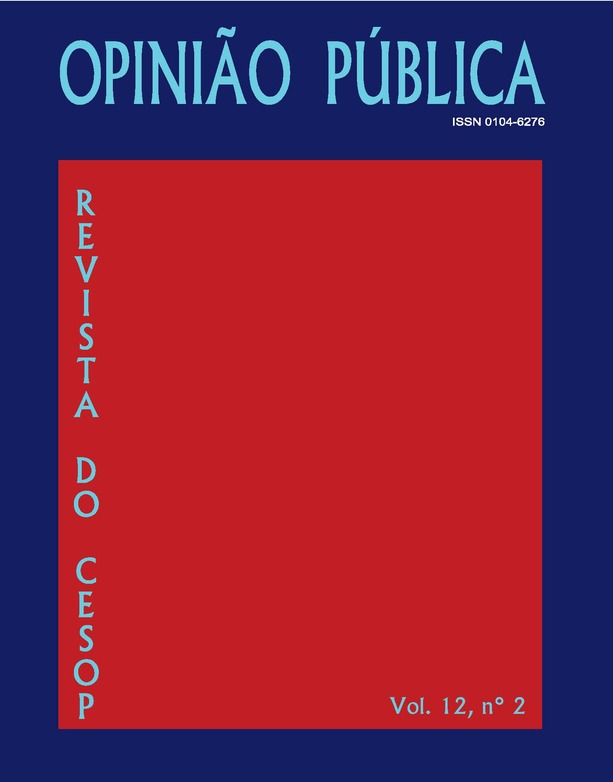 Trust and participation in Mexico: Dimensions of the social cooperation and government evaluation?

The slowly changing nature of the gender gap responds both to significant social changes, such as urbanization, education, the entry of women into the labor force, and democratization, as well as to concerted efforts by social movements and political leaders to broaden women’s right. These factors have clearly played an important role in the Dominican Republic over this past decade, impacting the country’s gender gap. We assess the nature and evolution of the Dominican Republic’s gender gap over the 1994-2004 period employing data taken from four nationwide public opinion surveys in the Dominican Republic – the Demos surveys – conducted in 1994, 1997, 2001, and 2004. The analysis of these surveys indicates that elements of what has been termed a traditional gender gap remain in place in the country with regard to civic engagement, political interest, and attitudes toward democracy. At the same time, this gap disappeared with regard to voter participation in elections and a modern gender gap emerged for the first time with regard to attitudes about the role of women in politics. Age and education have consistent and substantial differential effects across the attitudinal profiles of Dominican men and women over this time period.

PDF
Trust and citizen efficacy in a highly unequal society

PDF
Why do we trust the institutions? The Bolivian case

Bolivia has undergone a deep process of institutional reform since its return to democracy in 1982 that is recognized internationally as one of the deepest in the Latin American region. Despite all the efforts of the Bolivian state to improve and modernize its institutions, Bolivia has one of the lowest levels of institutional trust among Latin American countries and data show evidence that trust in political institutions tends to decrease over time. At the same time, Bolivia is the poorest country in South America; it has high levels of corruption in the public administration and in the last years an increasingly unstable political environment. Evidence indicates that the effects of a regional polarization of interests, the negative perceptions of the economic situation and of corruption and low levels of political knowledge among the Bolivian population are reliable predictors of low levels of institutional trust that consistently overshadow the accomplishments of Bolivian governments in improving their institutional performances.

PDF
Are the militants more informed? Inequality and political information at 2002 elections

Do civil society organizations have a didactic role in instructing its members about politics that extrapolates the immediate issues of interest of that organization? Most of the literature, especially that on the role of the participatory budgeting process of the Workers´ Party in Brazil, claims that such meetings are an opportunity structure for individuals to come together and not only debate their local problems, but also discuss politics more broadly. The same logic applies to other forms of activism, such as participation in Labor Unions, political parties, neighborhood associations and even church groups. This paper attempts to test, using a unique public opinion panel dataset of Brazilian voters collected in the 2002 elections, if activists are, in fact, better informed about politics, specifically, about campaign issues. In addition, the paper also tests if potential informational gaps caused by gender, race and class are attenuated by participation in civil society organizations.

The serious political and social crises that many Latin American countries have experienced over the last years encourage a reconsideration of the theoretical and analytical models that have been applied to study the democratization processes in this region. This article suggests a critical reflection on this subject and discusses the need to overcome the elitist, institutionalist and government-centered conception of democracy that lies behind such models.

This article intends to analyze the impact of a set of participatory forums at state level in the relation between executive and Legislative powers at Rio Grande do Sul, as well as in the improvement of the mechanisms of public control on the same ones. The objective is, therefore, to analyze the participatory effects of the forums promoted by Participatory Budgeting (OP-RS) – a state Executive initiative – and by the Democratic Forum – a state Legislative initiative – on democratic practice in the Rio Grande do Sul.

PDF
Investigating legitimacy: study of the public attitudes towards the State and Market roles

Using data collected in nine countries – Argentina, Brazil, Chile, Czech Republic, Poland, Russian Federation, Finland, Germany and the USA – through the World Values Survey, the article analyses the validity of four variables with a supposed potential to evaluate the legitimacy level of the private sector vis-à-vis the public sector. This analysis in undertaken in the context of the discussions on the future of market reforms that were implemented in several countries in the past 20 years. The investigation adopted a two level strategy: first, the aggregated frequencies for the nine countries were analyzed, followed by a bivariate analysis aimed at verifying the internal consistency of the variables. The article concludes that the four variables under consideration do not compose a valid dimension capable of assessing the legitimacy of the public sector versus the private sector.