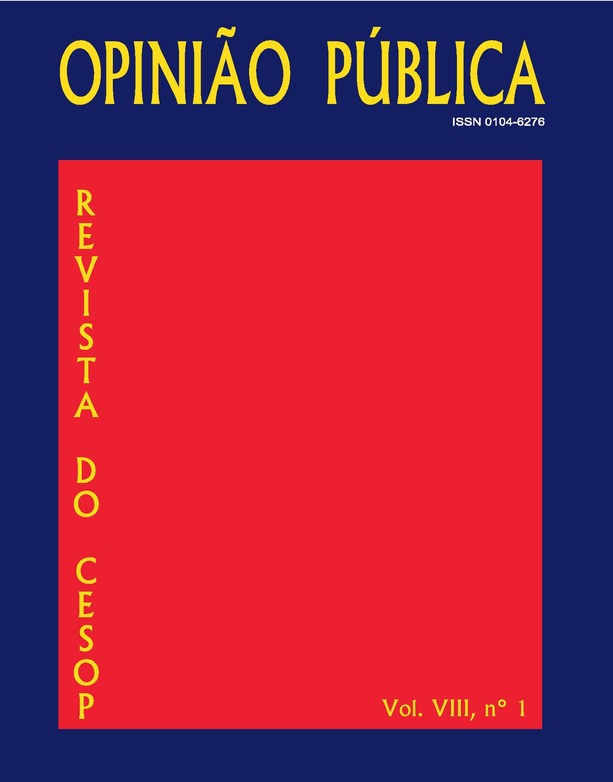 This paper examines how survey questions about democracy are framed in different ways, depending upon whether an idealist or realist definition is employed, and whether or not comparisons are made with alternative regimes. It starts by reporting measures of democracy in post-Communist countries that ask people whether they are satisfied with democracy and to compare it with an ideal standard. Subsequent sections set out the results of realist questions from the New Democracies Barometer, which ask people to evaluate regimes past, present and future-and historically familiar undemocratic regimes that people have known.

Anti-racism policies and public opinion: comparisons between Brazil and United States This article studies the support to the principle of the public intervention for affirmative actions directed to black people through two public policies: quotas in universities, and quotas in good jobs. This study is based on the Survey on Racial Attitudes, conducted in Rio de Janeiro in 2000 by CEAP and DATAUFF, and it compares the Brazilian research data to American data. General results show, as it was expected, a major trend among black people to support the compensatory policies, and a trend against it among white people. In Brazil the ‘white elite’ resists to support compensatory policies, although there is a positive conjuncture to discuss them.

PDF
Cities and citizens imagined by the Media

The Mexico City megalopolis exists as a social and physical space, as a demographic ordering and disorder, but also in the forms imagined every day by the press, radio and television. These media organize the invisible communities of their public, which are informed through the media about the city, and they sometimes participate with reader’s letters or in phone-in programs. How is the public sphere reconstituted in these communicational circuits? Do the media contribute to the transparency and democratization of the city, or do they simply reproduce urban common sense?

PDF
Ideological identity and the vote for president

In this study, Singer’s (1998) hypothesis that the ideological identity of the voters is a central factor in the voting decision for President is tested. The findings, based on the data analysis of four surveys carried out between 1989 and 1997, shows that there really is a mild-intensity correlation between the positioning on a left-to-right scale and the vote for President, in the case of Brazilian voters. The conclusion is that Singer’s proposal for the inclusion of a ideological component seems adequate within a model which aims to account for the political behavior of a large number of the Brazilian voters, especially the ones with high schooling.

This article analyses the electoral results for the first round and second round of the 2000 local elections in Brazil. It focuses on the performance of each of the main political parties and some of the major candidates, in the country regions and the main cities, it analyses the general performance of women candidates, and the author searchs to make some considerations about the impact of the electoral results on the political scenery of the 2002 general elections.