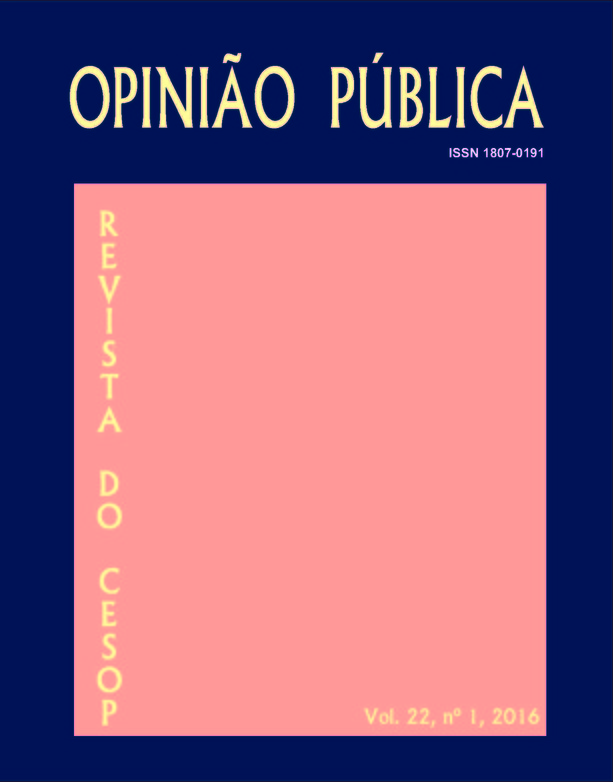 The article seeks to further an understanding of the impact of robust federalism and strong Executives on federal deputies' political survival. Specifically, the article looks at the effect of government coalitions formed at the national and state levels on incumbent deputies' career choices. It tests two hypotheses: members of the governing coalition at the national level have the highest likelihood of running for reelection, whereas deputies opposing both the federal and state governments are those less likely to seek an additional term in the lower chamber; on the other hand, opposition deputies at both levels of government display the highest predisposition to compete for higher elective posts (governor and senator).Our analyses relies on a database of post- election career choices of representatives from the states of Bahia, Minas Gerais, Rio Grande do Sul, Rio Grande do Norte and São Paulo elected to legislatures 1999-2003 and 2003-2007. The empirical analysis demonstrates that members of the governing coalition at the federal level have a higher probability of seeking re-election, and a lower probability of competing for higher elected position as compared to members of the opposition at the state and federal levels. Furthermore, these differences widen for higher levels of legislative experience. We conclude that the benefits of staying in the Chamber of Deputies are lower for opposition deputies, which may lead to more discontinuous career patterns. However, because they face a completely different set of incentives, deputies with privileged access to government resources have as a dominant strategy pursuing re-election.

This article analyses 299,968 relationships established between 251,665 actors (donors and/or recipients) of financial legal resources declared by candidates and parties in all positions at stake in the 2010 elections in Brazil. Data from the Tribunal Superior Eleitoral (Superior Electoral Court) was used, together with the methodology of social network analysis and complementary statistical procedures, to explore the topology of the subnets (components) and of the calculations of the centrality of the actors – candidates, party agents and private funders. The results show the high connectivity and asymmetry of the campaign finance network in Brazil and they expose that the positioning of the actors in the network layers is crucial to the performances of both the candidates and the funders, revealing, in an unprecedented way, the existence of a political elite within the Brazilian electoral system.

PDF
The cost of sub-national policy: How the money is spent is important? Relationship between funding, expenses and electoral success

The article focuses on spending on election campaigns. Specifically proposed: a) producing a mapping of election expenses of the 2010 election made by candidates to the House; b) Identify existing patterns of spending; c) Identify the existence of significant statistical correlation between different patterns of electoral spending and election results at the polls. The questions guiding the work are: a) how actors use their resources express the particularities of the contestants? b) certain campaign spending have greater impact on the electoral success than others? For purposes of mapping of election expenses has produced a classification that seek to apprehend election spending into three broad categories: 1) Spending on Advertising; 2) Spending on Infrastructure campaign; and 3) Personnel Expenses. The most important findings are the perception that only the amount of money is not enough to explain the electoral success. The models show that the spending pattern needs to be focused and that higher expenses are intended for communication and advertising. In addition, candidates who compete in elections better organized parties and with a degree of more centralized coordination are better than their competitors, as hypothesis originally presented by Guarnieri (2011).

What determines the dismissal of Ministers? This article analyzes the lot of corruption scandals involving ministers of the first Dilma Rousseff’s administration. The research design combines descriptive statistics and multivariate analysis for test of the hypothesis that news political scandals, political competition, and management of the government’s coalition have a positive effect on the odds of the accused minister to leave the Cabinet. This paper based in construction of a database with 677 headlines of the three major national newspapers: Folha de S. Paulo, O Estado de S. Paulo, and O Globo, over the first seventeen months of Rousseff’s administration. The results show that the greater number of news articles covering the corruptions scandals involving the minister in question, the greater the probability that she/he will be fired. We desire that this case study contribute to the research agenda on the relationship political scandals/democratic institutions/accountability trying to place this phenomenon in recent Brazilian democracy.

PDF
Does the reduction of criminal majority decrease violence? Evidence from a comparative study

PDF
May journeys in Goiânia: beyond a "southeasterncentric" vision of Brazilian June in 2013

Brazil has faced in 2013 some forms of social contention that offer instigating problems to political science. The article departs from this context to comprehend by the means of a case study the Front of Struggles for the Public Transportation (FLTP) in the city of Goiania. The question that leads the research is the following: what could be concluded, from the case of FLTP, about the most common generalizations concerned to the place of the events, the protesters grievances, and the links between activism and repression during the protests that took place in Brazil in 2013? Such wide question is approached from three perspectives, namely: the relation between the case and the colonial tensions that confront Brazilian political center, placed in Southeast, to the peripheral regions, such as the Central West (i); the relation between the FLTP and political parties or other social movements, specially under the criterion of the cohesion or focus of the grievances (ii); and the relation between FLTP and the state persecutory apparatuses. The article comprises a case-study based on the methodology of action-research. Its main result is the refutation of three common generalizations about Brazilian protests in 2013, related to the place where the protests began, the claims presented by the adherents and the relation between police repression and the demonstrations.

This article presents a critical dialogue with the literature about deliberative systems. It features an innovative proposal to investigate deliberative arenas in their connections with other parts of the political system and society. It adopts a method present in the field of Social Network Analysis (SNA) to conduct an empirical investigation of public policy councils of the city of Belo Horizonte. Our working hypothesis was that the main links among the councils would be informal mechanisms that promotes institutional interaction. The results show that government councillors are part of various councils simultaneously, so they play the role of links between the practices and institutions in which they work. It suggests the necessity to carry out future studies that would be able to show the connection of councils to the other parts of the broader deliberative system.

Civil society plays an increasingly important role in the formulation of foreign policy in emerging countries. This article investigates whether public opinion is sensitive to framing effects regarding foreign policy. Data from a survey experiment with a sample of 1,530 students at the Universidad de Buenos Aires and the Universidad Nacional de Avellaneda, we find that participants are sensitive to framing effects on foreign affairs. The interviewees changed their preferences when stimulated by information regarding Brazilian economic growth and military expenditure in comparison with Argentina. In turn, this effect was more pronounced among a) people who tend to stay less informed regarding foreign affairs and b) individuals who are more nationalistic.