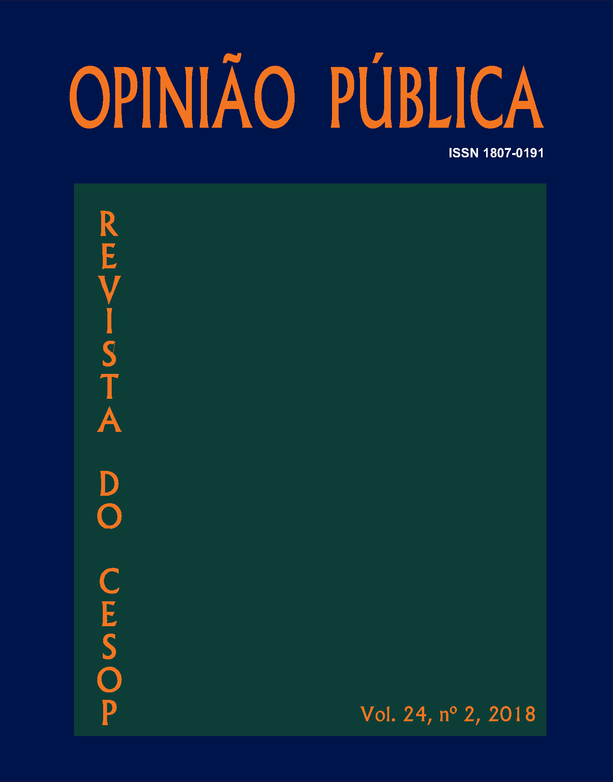 Misadventures of media influence in post-1988 Brazil: a theory of political information demand

The article presents a theory of political information demand, and its model is applied to the analysis of the seven Brazilian presidential elections following the transition to democracy. The initial goal of the theory is to posit the potential of the political and electoral influence of the mass media on the choices not only of so-called ordinary citizens, but also of militants, depending on the political and institutional context. In other words, why does intervention on the part of the mass media in certain circumstances seem to have a decisive influence on the choices of some individuals but not in others? How does one discern such variations without the known limits of political information supply analyses, which either do not account for the reception’s polysemy, or, which cannot be generalized when they do, on a smaller scale and with more depth. According to this theory, media influence is a function of the utility attributed to political information, which depends on the stability and intensity of voter preferences and the risk margins with which they make their decisions, which in turn depend on the overall stability and degree of political polarization of the political system. Some of the other potentials of the theory are also briefly indicated.

Departing from the concept of political parallelism, this article examines the relationship between Brazil’s “mainstream press”, consisting of the three major newspapers in national circulation, namely 1) O Estado de S. Paulo, 2) Folha de S. Paulo, and 3) O Globo, and petismo between 1989 and 2014. Empirical analysis is carried out of editorial pieces focusing on the Workers Party (PT) and its candidates published by these newspapers during the last seven presidential elections. The texts were evaluated using the valence analysis method and grouped into interpretative packages. The results show the predominance of negative editorials and the use of "populism” and/or “corruption” frameworks in the narrative about the PT and petismo both before and after the PT began their government at the federal level.

PDF
Politics, moral panic, and media: controversies about the infringing embargoes on the “Mensalão” scandal

This article analyzes the media controversies about the infringements of the “Mensalão” scandal. The assumption that guides the analysis is that, with its own brand of rhetoric in its operative way of narrating the political world, the press used the framework of moral panic as an interpretative package to approach the case. The work draws on 150 texts published by the main Brazilian daily newspapers and weekly magazines in the period from the 12th-19th of September, 2013, the week of the final judgment of the Supreme Court of Justice on the embargoes. The results show that the press acted as a moral actor in defense of the fight against political corruption, questioning the right to appeal the penalties of the "mensaleiros". In order to do so, it used arguments from authorities and experts, aligned with the risk framework for society and weakening democracy, linking embargoes to impunity and contempt for the public interest.

This article presents the results of an experiment conducted between September 2014 and July 2015 to check the responsiveness of Brazilian congressmen to questions submitted by citizens under various conditions. A series of messages were sent over the period, controlling incentives. We tested three factors: a) the message content (potential voter versus a question on issues that are the subject of political debate); b) the period in which the message was sent (during or not during electoral campaigns); c) the platform through which the message was sent (email and social media). The logistic regression model shows: i) the election period does not have a significant influence; ii) incentives in message content increase tenfold the probability of receiving a response; iii) messages sent via social media increase nine times the probability of response. Overall, the response rate is very low, indicating the low responsiveness of Brazilian deputies. We discuss these results drawing on the theory of political incentives and the possibilities of accountability that have emerged with online political communication tools. We believe that the present research paves the way for future experimental approaches in this area.

PDF
Trust in political institutions: differences and interdependency in the opinions of the Brazilian youth and population

Institutionalized party systems can coexist with a low programmatic congruence between elites and citizens. To the contrary, less institutionalized party systems could be in a position to generate greater programmatic congruence. We analyze this apparent anomaly in the Southern Cone of Latin America, comparing Argentina, Chile, and Uruguay. Methodologically, we used three measures of congruence: averages, comparison of distributions (many-to-many), distance between voters and a median legislator (many-to-one). For this last measure, we designed multiple regression models to identify the variables that predict greater congruence. We arrived at the conclusion that in stable systems the electoral preferences remain despite the distance between elites and voters in some areas of the competition—Uruguay being the most representative case.

PDF
Does one size fit all? An analysis of portfolio allocation in the Brazilian multiparty presidential system

Presidents face a dilemma of whom to appoint for cabinet positions. They need to secure legislative support for their government and at the same time achieve their goals in terms of public policy. This work analyzes the portfolio allocation of Brazilian presidents in Brazil’s multiparty system. This study tests some hypotheses using multinomial logistic regression to identify appointment strategies adopted by the presidents in four different governmental sectors from 1990 to 2016. To do so, first, we create an index of ministerial politicization (IMP) and aggregate the ministries in these four sections, employing cluster analysis. The results show that appointments to the core positions in government tend to be less politicized. Moreover, the president’s personal nominations were greater in the presidential units that carry out the political coordination and typical functions of the State.

PDF
How far does the judiciary go? An evaluation of Labor Justice expansion in Brazil (2003–2010)

This article tackles the following question: what factors determine the creation of Labor Courts in Brazil? According to constitutional criteria, population and judicial demand should guide the creation of judicial courts; however, the literature on access to justice claims that socioeconomic development could be the determinant. Considering that the expansion of the Labor Justice occurred in the last decades, it was possible to carry out a logistic regression model to test the effect of geographical, socioeconomic and demographic variables in the creation of units. The results indicate that the impact of the economically active population and the proportion of people in universities was relevant. Municipalities more distant from the existing judicial units and with fewer units in operation were taken into greater consideration in the expansion of the Labor Justice.