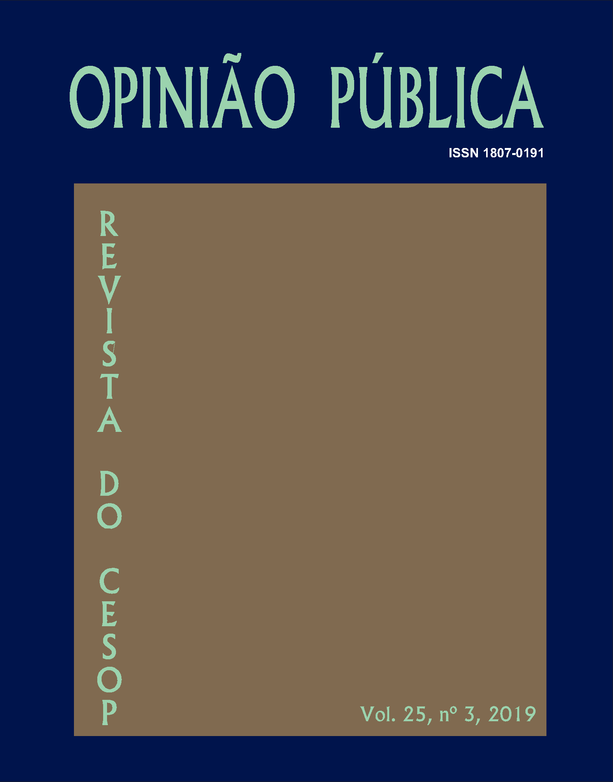 From modernization to authority: the Brazilian mainstream press, between the dictatorship and democracy – Folha and O Globo, 1964-2014

This article problematizes the institutionalization of the so-called “mainstream press” in Brazil, conceived as a “fourth power,” between the dictatorship and democracy. The analysis will be based on the newspapers Folha de S. Paulo and O Globo, two companies that, from the authoritarian modernization they underwent during the dictatorship, to their position as incisive agents in the process of redemocratization, have gone through processes often ambiguous and tortuous. To this end, the text intends to identify, at some specific moments in the history of these newspapers, characteristics that allow us to configure the search for an authority among the actors in the foreground of a scene of political representation, which is crucial to understanding how newspapers define and legitimize their identities in and over time.

PDF
The news coverage of the 2017 general strikes: protest paradigm or political slant

The protest paradigm is a concept widely used in the international literature in studies on the mass media’s unfavorable treatment of political and social protests. There are three explanations for such treatment: (1) it varies depending on the ideological values of the media outlet (the more conservative, the higher the probability of adopting the paradigm of protest); (2) it varies depending on the position of the protest in relation to the status quo; and (3) it does not always occur. In this paper, we analyze the Brazilian media’s coverage of the general strikes of 2017 against the Labor and Social Security reforms, examining the speeches and images associated with the groups involved in the general strikes in the publication Jornal Nacional and in the newspapers Folha de S. Paulo, O Estado de S. Paulo, and O Globo. To this end, we implement the methodologies of framing analysis, image interpretation, and word clouds. The results confirm the occurrence of a protest paradigm in these cases and reveal five predominant ways of framing protests: (1) violence and vandalism; (2) selfish and disorganized action; (3) public disorder; (4) source of economic losses; and (5) lack of popular legitimacy. In conclusion, we reflect on this article’s contribution to the international debate about the protest paradigm.

Understanding political tolerance as one of the dimensions of a democratic political culture, the article uses a set of unpublished data produced by the Latin American Public Project to exploratively compose a general picture of this attitude in the national context. Using descriptive and multivariate analysis techniques, we identify the main groups that are the targets of Brazilian antipathy and determine the degree of tolerance towards them as well as their demographic and attitudinal bases. The results indicate that the manifestation of tolerance is a function of both social attributes (such as generation) and attitudinal ones (such as adherence to democracy and interest in politics), pointing the way to a broad agenda for future studies on the subject.

This article analyzes where Brazilians stand in relation to the Bolsa Família Program (BFP) and its beneficiaries. The data are from a national public opinion survey commissioned by The Secretariat for Social Communication of the Presidency of the Republic (Secom/PR). The results of a multinomial logistic regression regarding the chances that people will support the BFP have shown that support grows among those with more positive evaluations of the federal government and higher levels of information about the program, as well as among those connected to or in contact with beneficiaries; support wanes depending on schooling and family income, not to mention the individualism of the interviewees. Ambivalences appear when the analyses turn to opinions on the management of Bolsa Família and its beneficiaries. OLS regressions, estimated to assess the opinions on the positive impacts of the BFP and the alleged lack of regulation of and control over the program and its beneficiaries, have shown that more knowledge about the program does not diminish negative views of the beneficiaries or management and oversight of the program. Surprisingly, these critical views are present even among those groups of people most likely to receive Bolsa Família resources, such as the less educated, people of color, and residents of the Northeast.

PDF
Relations between collectives with the Journeys of June

This paper argues that Brazilian parliamentary activity is not limited to the decision-making process. It answers the following question: is there sufficient evidence to state that parliamentary communication is governed by the government-opposition status as previous studies have concluded about the decision-making process? To answer this question, I have analyzed the frequency of speeches of over 2,000 different Brazilian deputies over a period of more than 15 years. With robust evidence of the frequency of speeches, it appears that this activity is not governed by the government-opposition relationship. The results show the influence of other variables, such as ideology, popularity, and seniority, on parliamentary performance.

This paper analyzes the changes in the internal structure of the departments of the Brazilian Executive Branch between 1990 and 2014. The general argument is that in coalition presidentialism, the president positions himself in a complex delegation network in which he faces several agency costs and, to deal with this, relies on a toolbox. The literature points to some of these tools; however, administrative power, related to the structural dimension of the departments, has remained underexplored. In this sense, the article aims to contribute to this debate by answering the following question: what factors influenced the structural changes in the departments of the Brazilian executive in the years 1990 to 2014? In other words, is administrative power a resource used by the president to deal with agency costs stemming from her relationship to coalition parties? What other factors might influence the president's decision to use such power? This longitudinal study is explanatory and takes a quantitative approach. The results show that the president cautiously uses his administrative power of agency design to strengthen the structures of the most salient departments to his agenda and of the more institutionalized departments.

PDF
Dialogue in campaign: an analysis of the communicative strategies of confrontation in the Brazilian presidential election of 2014

This article intends to identify the dialogue, as well as its nature and contribution to the clarification of the electoral proposals, of the three main candidates competing in the 2014 presidential elections: Dilma Rousseff (PT), Aécio Neves (PSDB), and Marina Silva (PSB). The primary source of information was the Free Time of Electoral Advertising (block and spots) aired during the two rounds of the elections. The first objective was to elaborate a quantitative analysis of the occurrence of direct dialogue between the candidacies, identifying the candidates who had the most dialogue. The second objective was to qualify the nature of the dialogue undertaken by each candidacy, classifying it based on three categories: deconstruction of personal image; deconstruction of political image; criticism of the opponent’s political project. Such classification will assess to what extent the dialogue between the candidates has allowed discerning with greater or lesser clarity the ideological-political contours between the governmental projects in dispute. It is concluded that the occurrence of dialogue between the candidates in 2014 was increased by the sudden rise in competitiveness of the campaign.

PDF
Resilience, scale and participation in right-wing governments: an analysis of the Popular Consultation in Rio Grande do Sul (1998 - 2018)

The environment around Brazilian participatory institutions is marked by a certain stagnation, based on its historical ties to left-wing parties. After the 2018 elections, it became necessary to pay attention to active experiences in conservative governments. This paper analyzes a supralocal experience, institutionalized by a right-wing government, that has a trajectory spanning 20 years: the Popular Consultation, in Rio Grande do Sul. The theoretical basis of this work discusses the scaling-up and the institutionalization of participation. The methodology is qualitative, with emphasis on process tracing. The results show that the scaling-up was insufficient to ensure a broad change in the political system. However, Popular Consultation is an innovative way to promote supra-local participation and deliberation, based on a good enough governance perspective. Institutionalization is fundamental to explaining its resilience to changes of government. Finally, this case signals that if the participatory institution shows results in terms of the efficiency of public management and does not have the ambition to change the pre-established status quo, the participation mechanism can be tolerated and encouraged in conservative governments.